How Russia Fell in Love with Candy Bars Made of Blood 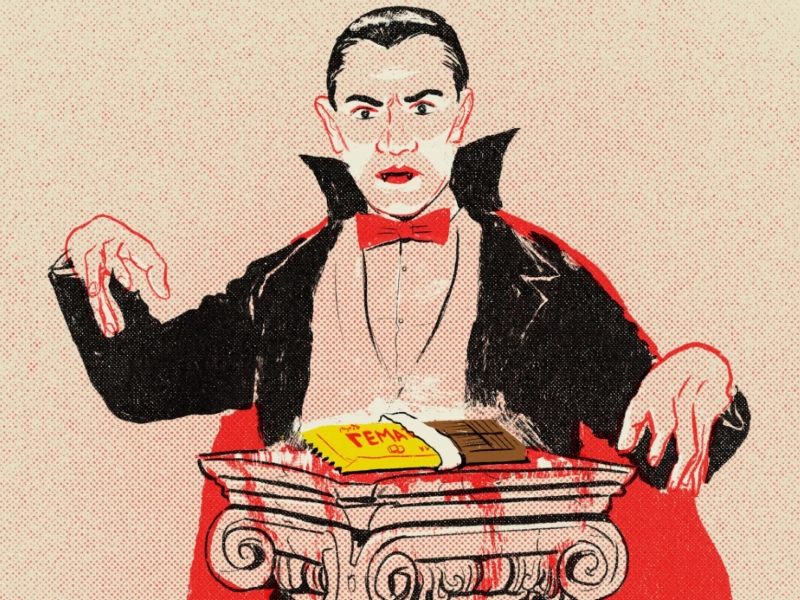 Many Soviet children grew up loving the sweetness, texture, and slight metallic twang of Hematogen bars—without knowing what was in them

As a child growing up in the Soviet Union, Maria Pirogovskaya recalls that her mother would often come back from the pharmacy with a “wholesome and healthy treat” for her daughter: a “candy bar” called Hematogen. Officially produced as an over-the-counter supplement to treat anemia, which affects nearly a quarter of all humans but is especially prevalent in young children, it was made with beet sugar, condensed milk, and syrup, so Pirogovskaya gobbled it up. It was basically the Soviet equivalent of gummy vitamins, although its texture was more like a Tootsie Roll. “In school,” adds Pirogovskaya, “I bought it every time I passed near a pharmacy and had pocket money.”

Unlike modern America’s sweet supplement treats, though, the Hematogen that Pirogovskaya grew up gobbling wasn’t made with vitamins and minerals isolated from natural products or produced synthetically in a lab. (It’s also not tied to the oral iron tablet Hematogen FA found in the US market.) Its iron, which prevents anemia, came from black food albumin—a technical term for blood. Specifically, Soviet manufacturers produced Hematogen bars such that each was at least 5 percent cow’s blood.

Hematogen wasn’t a rare product or a brief experiment. By most accounts, it was a fixture in Soviet pharmacies for decades, right up until the collapse of the USSR—and in Soviet childhoods. Even today, it is still widely available throughout the former Soviet Union, albeit not as ubiquitous as it was a few decades ago. (Modern manufacturers and retailers now sell varied types of Hematogen not just for anemia, but for everything from improved concentration to lustrous skin to protection from the common cold.)

“You can actually go and buy it right now in New York,” says Anastasia Lakhtikova, co-editor of the forthcoming academic tome Seasoned Socialism: Gender and Food in Late Soviet Everyday Life—provided you know the right place to look in Russian markets.

Researchers across Europe created a host of blood-based products, like Hematopan, “blood powder sweetened with licorice,” and Haemosan, a “drink made of blood protein, lecithin, and calcium glycerophosphate.

This may sound like one of the many bizarre consumer goods relics of the Soviet era—a product born of thrift, pragmatism, and centralized, totalitarian production and distribution. But the roots of Hematogen predate the USSR. For starters, most human cultures have a long culinary tradition of consuming animal blood; Russia, notes Adrianne Jacobs, a contributor to Seasoned Socialism, has long trucked in blood sausages. Some of humanity’s historic relationship with blood-based foods stems from histories of scarcity and the head-to-hoof ethos that can result from them. But much of it also stems from our longstanding realization that, as Jacobs puts it, “blood is incredibly nutritious”—packed with protein, vitamins, and minerals, and containing less cholesterol than eggs.

Pirogovskaya, today a historian of Russian food and medicine at the European University at St. Petersburg, adds that thanks to rising awareness of and interest in public health and food chemistry during the 19th century, “European physicians and manufacturers were seduced by the idea of creating non-perishable and highly nutritious foods.” They fiddled with everything from cocoa to milk to yeast, producing powdered forms and extracts of all manner of products. They turned their eyes to blood as well, hoping to distill its nutritional value into shelf-stable, palatable forms. (Raw blood spoils incredibly quickly and easily, especially during industrial animal slaughter.) Pirogovskaya notes that researchers across Europe created a host of blood-based products, like Hematopan, “blood powder sweetened with licorice,” and Haemosan, a “drink made of blood protein, lecithin, and calcium glycerophosphate.” Hematogen, according to the Russian newspaper Pravda, originated in a Swiss doctor’s lab as part of this late 1800s modernist food craze.

The idea of harnessing blood in a mass-produced, easy-to-store, and sweetened form to treat anemia wasn’t a crazy idea, says hematologist Thomas DeLoughery. To this day, doctors recommend iron supplements to those at risk of a deficiency. But iron tablets aren’t always very palatable, and most people don’t absorb the nutrients in them well; DeLoughery and others usually co-prescribe vitamin C supplements to help their patients absorb supplemental iron.

“[Hematogen] bars,” DeLoughery notes, “contain about 10 milligrams of elemental iron, which is in the range for recommended iron supplements for kids.” The fact that this iron comes from blood is actually a bonus, as “iron in the blood, heme iron, is much better absorbed than iron pills.” 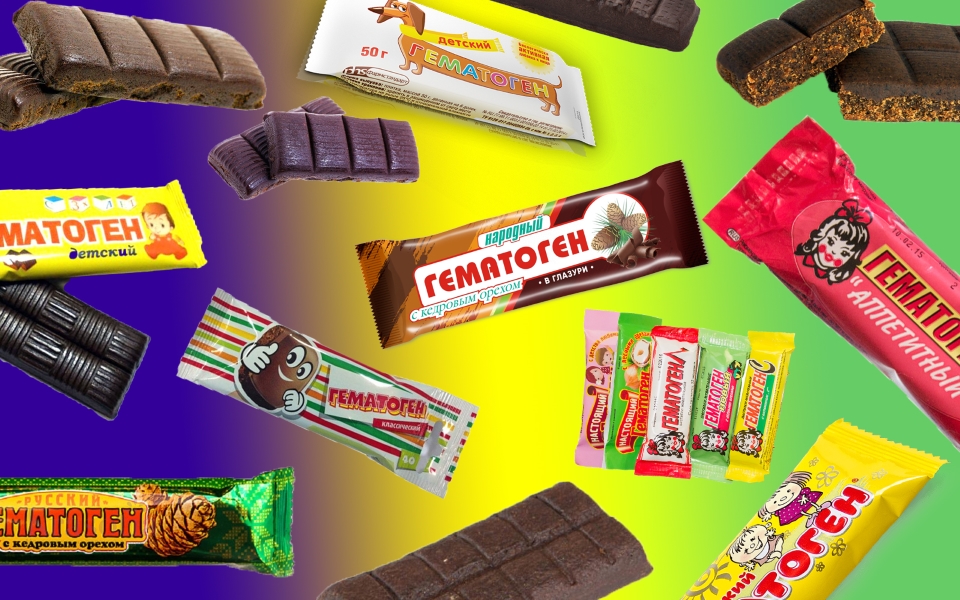 Most Hematogen makers warn against eating more than one bar a day for kids, or one-and-a-half bars for adults, and against eating them while breastfeeding, pregnant, or if one has diabetes. They also recommend against eating the barsfor more than a few weeks at a time. However, this may be due to an abundance of caution as opposed to any real risk. The average Hematogen bar, DeLoughery points out, has about one tenth the iron content of a supplement pill. Even if a child absorbs more of the iron in a bar than in a pill, “it would be hard to get iron toxicity on that,” he argues. At worst, binging Hematogen might lead to a stomachache or short-term constipation.

Yet in the decades after it was first invented, Hematogen seemingly disappeared everywhere save the USSR, and only took off there in the 1920s. The reasons for this are murky, but according to food historian Amy Bentley, the candy’s disappearance in the West likely stems from the arc of modernization led by America and the nation’s new obsession with transcending natural products like blood in favor of industrial science and pure chemistry. At the same time, its rise in the USSR was rooted in the top-down Soviet economic system. “It’s possible,” argues Lakhtikova, “that it was a pet project of somebody rather powerful who thought it was a great idea.”

Hematogen would have appealed to the Soviet brass especially after World War IIbecause the nation was struggling with its food supply yet was deeply invested in self-producing vitamins for its population, especially children. The Soviet obsession with wrenching everything it could out of its domestic industries also led to the 1970-80s rise and ubiquity of Okean, a paste made out of krill. Okean, Jacobs explains, was “marketed as a healthy way to add nutrients to meals,” but it also served as “a win for the Soviet fishing industry, which was hauling in huge amounts of krill.”

Regardless of their reasons for doing so, Soviet scientists did tweak Hematogen, Darra Goldstein, an expert on Soviet culinary history, notes. Originally a syrup, they repackaged it as a candy bar to appeal to children. (They still produced Hematogen syrup for adults, Goldstein notes. “To my knowledge,” adds Pirogovskaya, it “was sometimes used as the base for drinks, omelets, or stews in years of malnutrition or severe shortages.” However, the syrup version of Hematogen didn’t, it seems, survive the Soviet era.)

People didn’t look into what it was made of,” suspects Lakhtikova, “simply because there was nothing else available” for anemia in Soviet pharmacies. Nor were there many concerns about vegetarians, or a general squeamishness about blood.

It remains unclear how many parents or children knew, or know, that Hematogen is made with cow’s blood. You can find people who grew up eating it, but didn’t learn about its key ingredient until fairly recently, and who seem shocked—and I do mean shocked—by it. But ultimately, its contents were never a secret; Soviet authorities listed blood as ‘black food albumin’ on packages not to hide it, but to accord with a spirit of technocratic specificity.

“People didn’t look into what it was made of,” suspects Lakhtikova, “simply because there was nothing else available” for anemia in Soviet pharmacies. Nor were there many concerns about vegetarians, or a general squeamishness about blood. “Turning a product down because it contained something you didn’t approve of,” she adds, just didn’t happen all that often, if at all, in the Soviet food system.

Plus, many Soviet children developed a taste for Hematogen. They may have done so because candy was relatively rare and expensive in the USSR—a chocolate bar, Goldstein says, could cost a day’s worth of the average worker’s wages—while Hematogen was cheap and (barring the occasional shortage) widely available in cities and villages alike. Some kids, though, actually grew to prefer its sweetness and texture (and even its slight metallic twang) to other, more expensive Soviet sweets like milk sugar candies or fake chocolate soy candy bars.

Acculturation to the taste of Hematogen throughout childhood may explain why the bars are still popular in the former USSR. Sure, they have been displaced to some degree by alternative sweets and supplements, especially in cities. But demand is still high enough that now multiple private companies, not just one state enterprise, produces varied types of Hematogen—including bars flavored with dried fruits or nuts, spiked with additional vitamins and minerals, coated in chocolate, or even (to the shock of one Pravda journalist) with little or no real blood.

But as children grow up in the post-Soviet context, free of the same levels of nutritional scarcity previous generations experienced and with far more choice, they may slowly lose their taste for Hematogen, relegating it to a more niche status. Several American-born authorities on Russian food and nutrition I spoke to for this piece told me that they’d never heard of or seen Hematogen—likely, Lakhtikova suspects, because only those who grow up in the USSR or a post-Soviet state, or in a family with an established history of using Hematogen as a supplement treat, would have.

But it still piques interest. DeLoughery was so fascinated by the concept of Hematogen when I first told him about it that he ordered a few bars for his next faculty meeting. Whether he and his follow doctors enjoy the taste—and start trying to push these blood bars on American children—seems unlikely, but we’ll see. 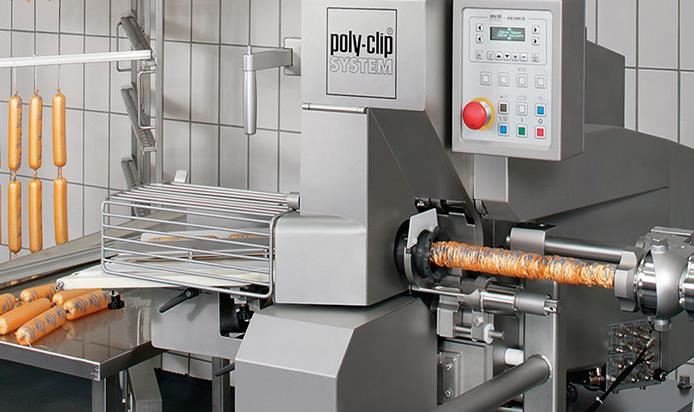 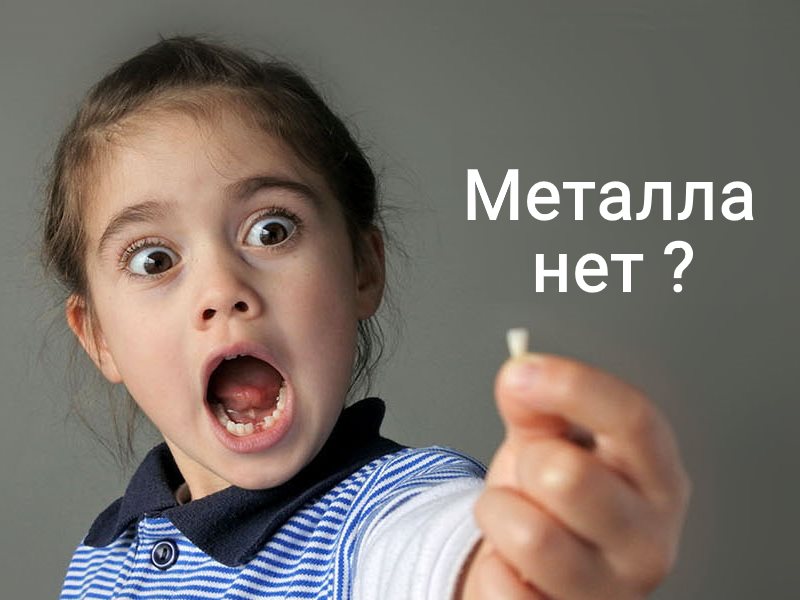